So far I’m loving the diverse works that have been showing up in the Art diary Series!

Artists frequently document things that go unnoticed, such as those intricate details in nature- then wrap them up with their own interpretation. Emma Hewitt has offered up some (quite poetic) thoughts about her works, in the lead up to the show Paper Gardens-currently on at No Vacancy Gallery, Melbourne. 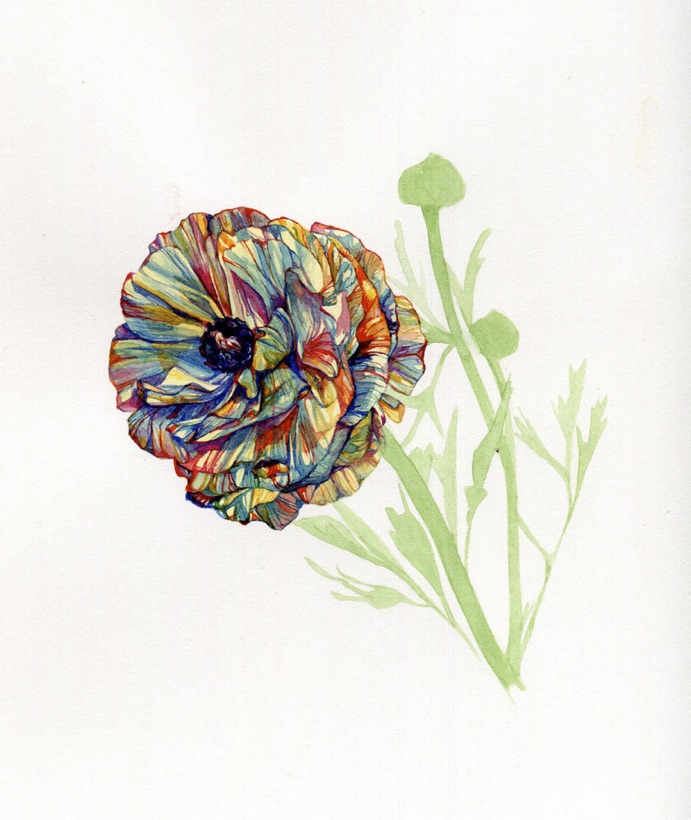 Despite the trick of vision, colour is not inherent in objects. Instead, the surface of an object reflects some colours and absorbs others: we perceive only the reflected colours.

Our brains and eyes fill in the gaps, conspiring so we see colours as blanket. A red apple. A yellow sunflower. The blue sky. We seldom examine deeper within the assumption of colour, to see all the elements that make up what we then perceive as uniform.

My work is focussed on the intricate ways that colour works to build the impression of an object. This process brings to the surface that which we do not see and, through attention and meticulous examination, imbues subjects with a complexity that prompts the reconsideration of their beauty. 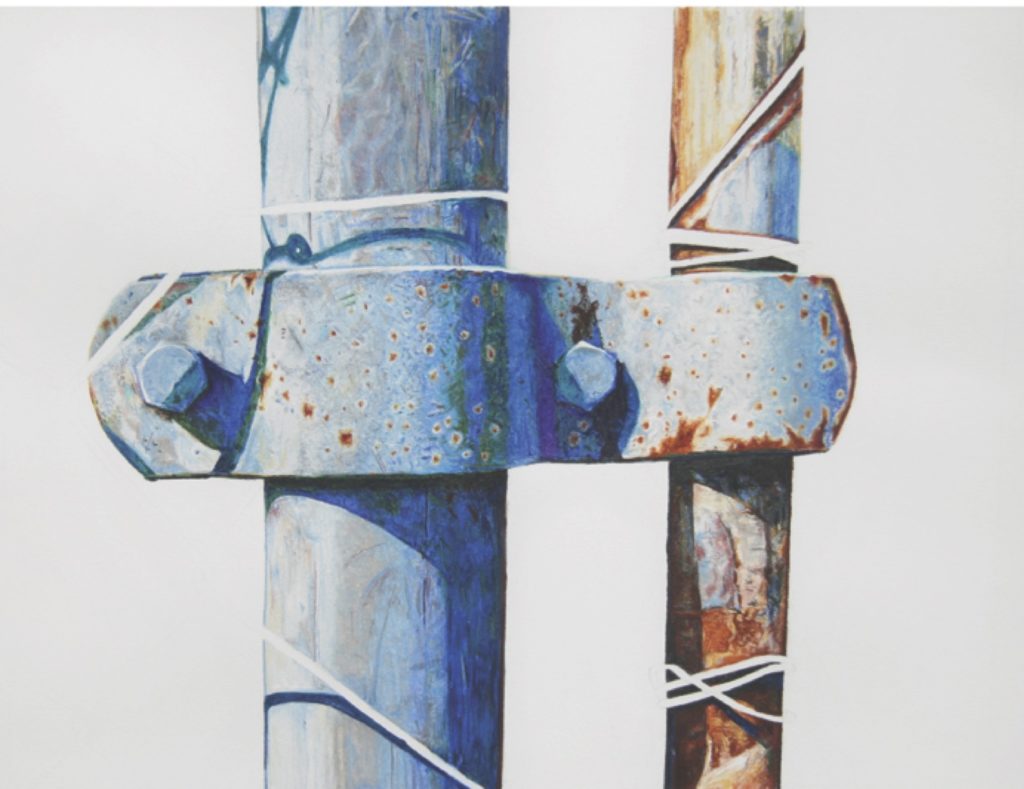 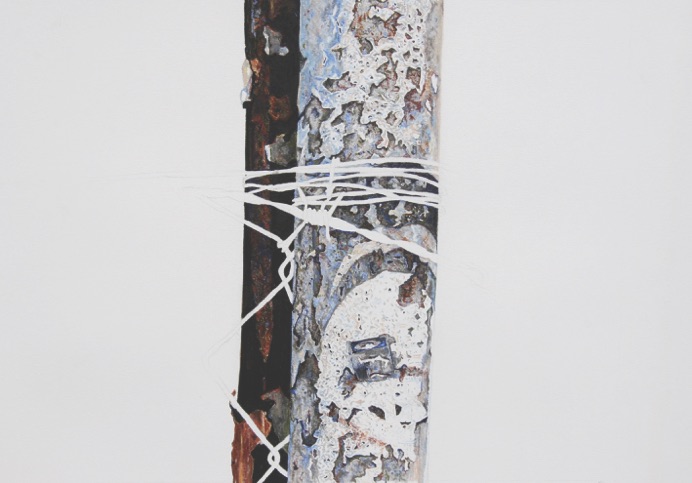 I have a long-standing captivation with things that go unnoticed. But I think the path to exploring this through my work began in America. In the mid-2000s, I was living in Oakland, California; a poor industrial neighbourhood I was completely in love with. Like many poor neighbourhoods of the United States, Oakland’s history lies close to the surface. It is a visible history, witnessed in abandoned warehouses, broken window panes, phone-less phone boxes. I loved its aesthetic, and spent hours photographing its uneven streets, zooming in to the layers of life as they were written on buildings, on objects. There was something sublime in the detritus of the place. It was inlaid with so much life and death; the intricate detail of deterioration laid bare the living come before it. Beautiful and dilapidated, so marvellous in its sorrow and anger, its light and gloom.

Eventually, these photographs became the subjects for drawings. I started to see colour and play with it. This began as a challenge: to see if I could truly understand and depict the composite colours that made up the surface of an object. In these explorations, I discovered that intense light not white, but often spearmint green; that the reddest rust could be green or purple; that within black there were a myriad of different blues. 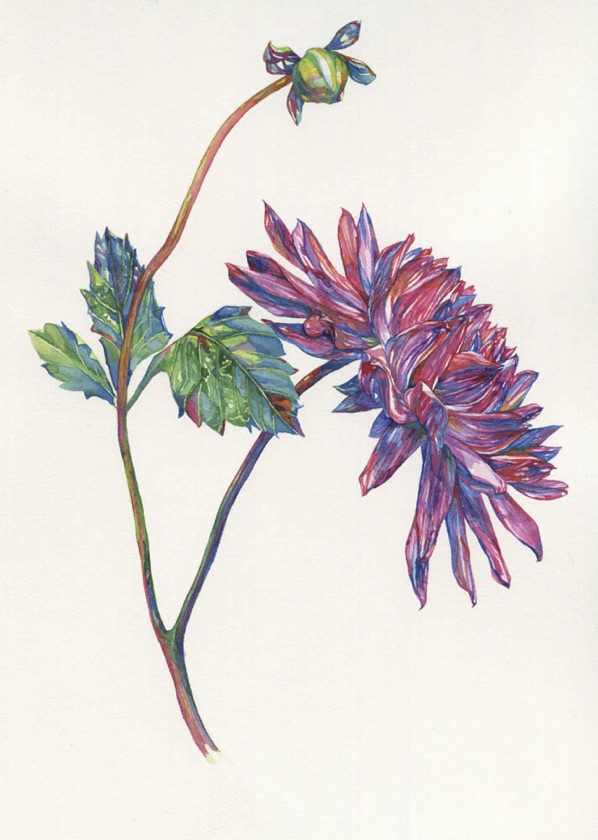 Botanicals have been a natural extension of the inquiry I started with fence posts. The works are meticulous, an attempt to embody the lavish interplay of light and colour in the single moment of an object. At the same time, there is a heightened sense of mortality in these works, and of the fragility of the subject. It is imbued with so much humanity, this process of dwindling life. In light through the petal of a poppy, I can’t help but think of the papery skin of my grandmother’s hands, and the way she moved them against the sleeve of my pa’s shirt. In sitting with these flowers, I have also been sitting in contemplation of what it means to live, the inevitable tension between the joy and sorrow that entails. 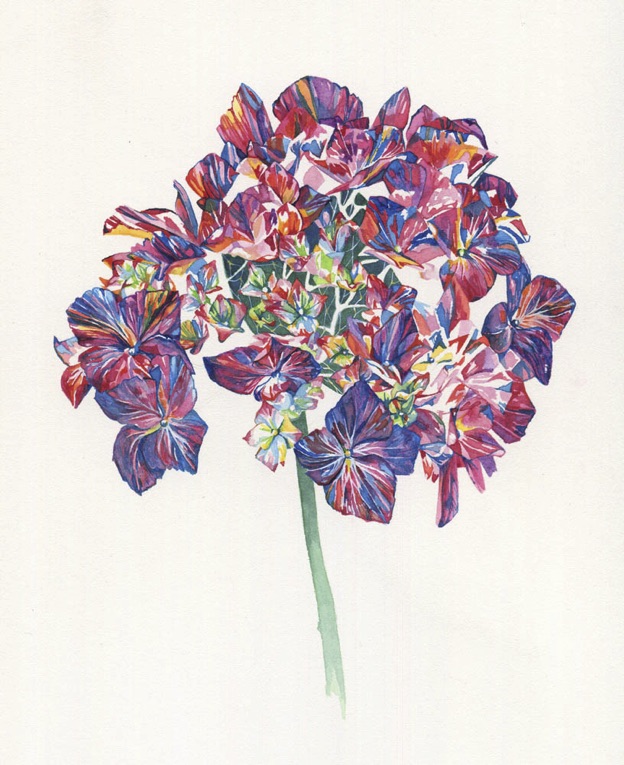 The works for Paper Gardens were largely been completed over the last nine months, during which time I moved from Melbourne to Perth and established myself in a studio in Fremantle. Over the course of this period, the nature of the work has changed. I have had to consciously loosen myself from the process at times, to stop myself becoming too engrossed in the subject. I have had to remind myself of the living nature of watercolours to, of the things they have to say about the subject. This disengagement, too, has been a meditative process, an activity of pulling back and remembering control. 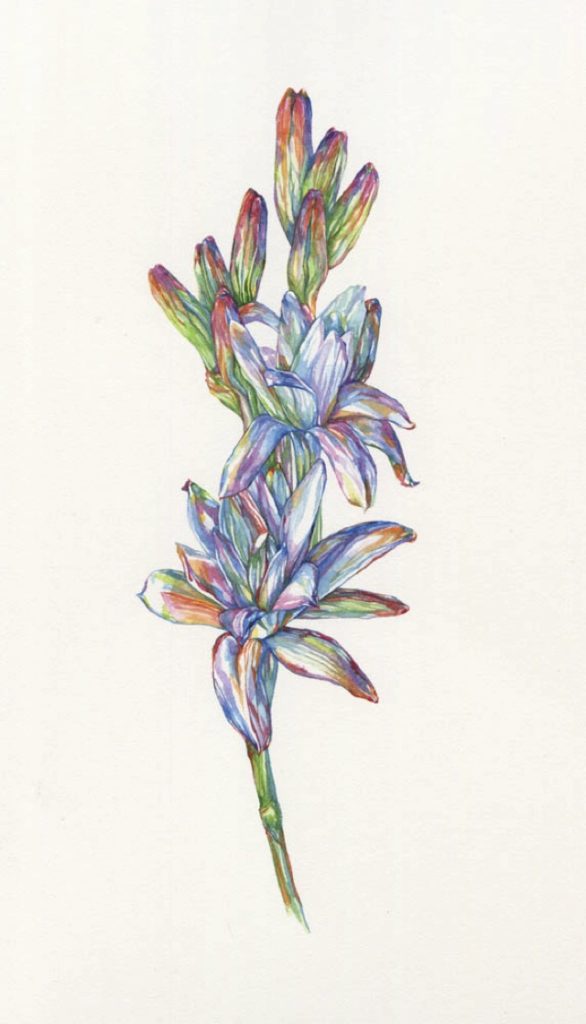 Mary Oliver wrote: ‘to pay attention – that is our  endless and proper work’. While she would not approve of my confinement to the studio, she would fully appreciate the joy of time spent simply staring at a tiny segment of a petal. 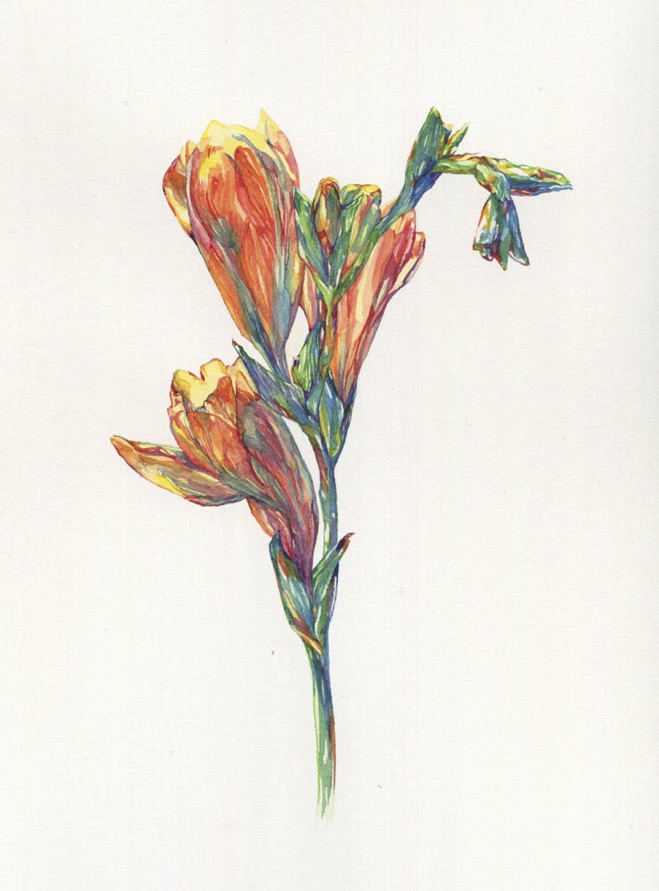 Trying to understand the way colour works on it, painting, then moving on to the next part.

It is so big and so small at the same time. And it is a privilege.

Paper Gardens opens at No Vacancy Project Space, Thursday 19 May, 6-9pm and runs until 5 June.