Ok, I simply had one of the best nights for a while last night as I was utterly mesmorised by the exceptionally clever, charming, witty, eccentric comedian and successful children’s book author-David Walliams. He was speaking about his newest book: ‘Awful Auntie’ and other things; wowing the crowd of excited kids and parents who had filled the famous Sky High restaurant-as part of the Stories up High Series-in conjunction with the Wheeler Centre. 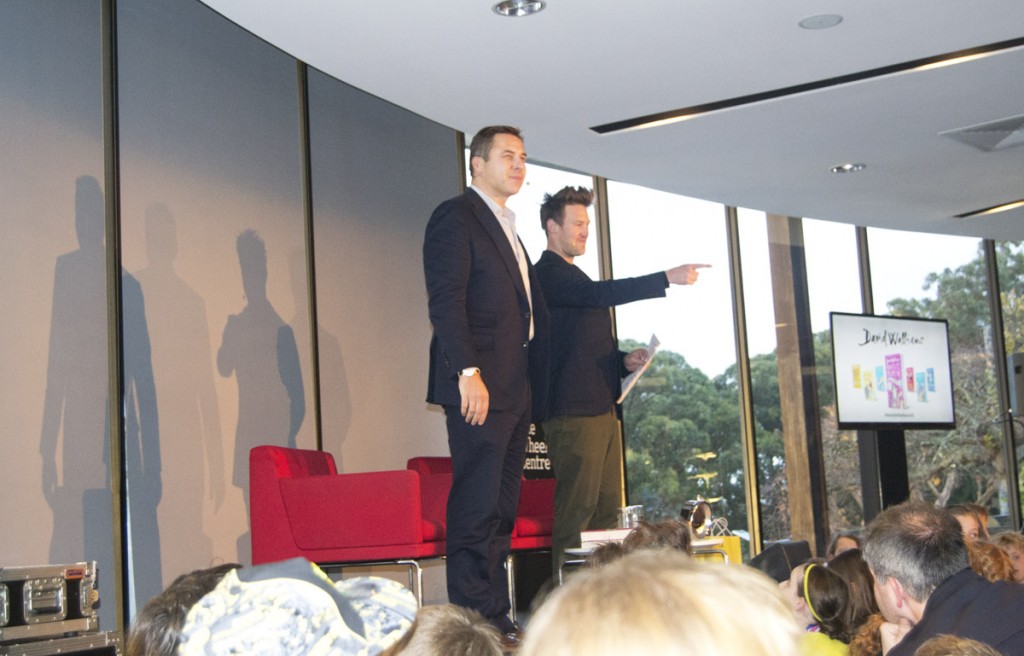 All this man had to do was squint his eyes and edge toward that familar smile; or put on a deep gruff or old ladies voice and the crowd was instantly hysterical. The last section of the talk involved a number of questions put forth by the youngest members of the crowd: ‘Can you write a story about moody mums?’, was one of them. ‘Can you do ‘Computer says no?’ (a Little Britain Sketch) was another. David obliged thankfully. There were a few questions wondering where he got his ideas. He said that meeting interesting people or even getting ideas from kids-such as the Moody mums question, provided much inspiration. He told us that he had met the Queen, but wasn’t allowed to ask her any questions, so all he said to her was,’thanks for coming’. 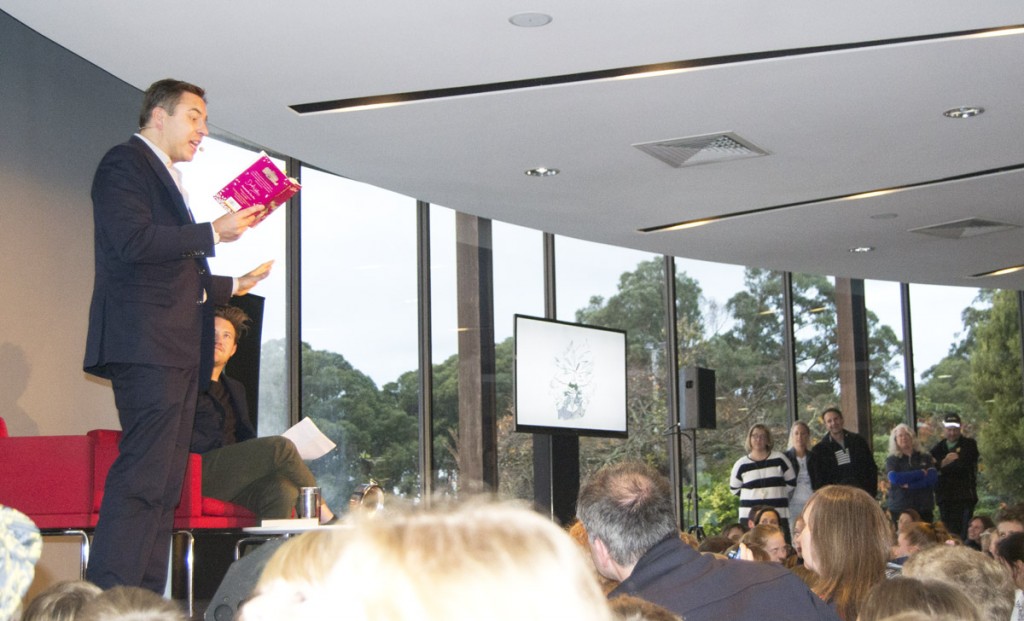 And what I love about David is that he can push boundaries and gets away with it completely. One of his influences is the classic Horror movie: ‘The Shining’. He also said that parents had approached him in the past and said that their kids could watch ‘Little Britain’-but had difficulties with the ‘bitty scene’. 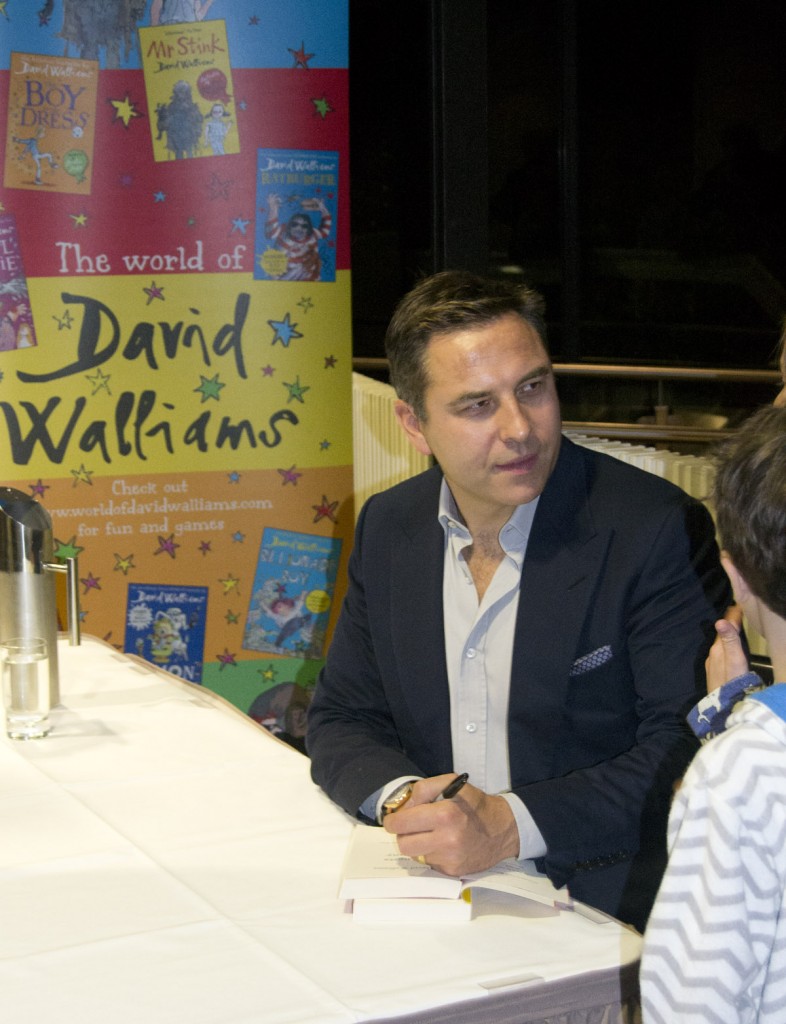 As far as his literary handiwork-he has been totued as the ‘new Roald Dahl’. He showed great fondness and apprectaion toward working with the great illustrator Quentin Blake-now in his 80’s who most of us are familiar with from Roald Dahl novels.