The most delightful thing I’ve found in occupying this space over the past three years is the amazing people that have and continue to contact me. A myriad of people from other countries that may or may not have a connection to Australia, have found my wee corner of the internet and said hello. One such person is Ella Krivanek, an expat artist from Melbournite living in Tokyo. On March 28 2015, she took on the task of establishing a new gallery in Komae, Tokyo. Space Space exhibits risky, exciting new work from both international and Japanese artists.  The press release from the opening of ‘Freedom’ highlights the need for this kind of work: “In the wake of the arrest of high-profile feminist artist Megumi Igarashi, for her work involving the female body, the Tokyo arts scene looks less like that of a modern, exciting, and culturally rich metropolis and more like that of a fearful, restrictive backwater”. What grabbed me was that there were quite a few Australian artists involved in the exhibition and I wanted to find out more about why Ella set up this new venture in Japan. 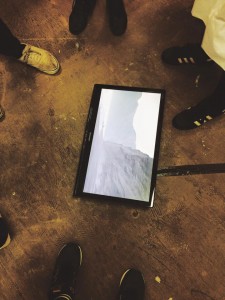 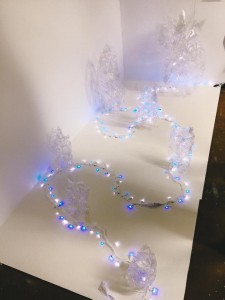 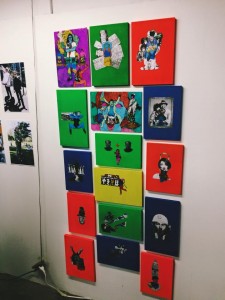 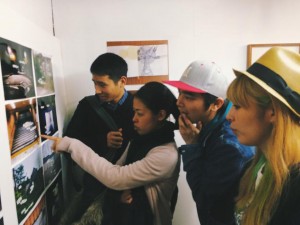 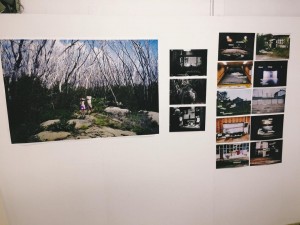 Can you tell me about your background and why you’ve ended up in Japan?

I suffer under an illusion that I think is uniquely Australian, namely that true success in the arts can only be found outside one’s home. I think this comes from our own culture’s desire to cut tall poppies down, and our absorption of both English and American popular culture and visual art. I felt this particularly acutely when exhibiting as a sculptor and installation artist in Melbourne, and when I assisted in the curation and installation of other artists’ work in local institutions such as Bus Gallery, Open Space, and Gertrude Street. The overwhelming feeling was that what was being produced domestically was at a high calibre but was not receiving the international recognition nor being given the requisite weight.

I came to Japan in the hope that I might be able to bring some of the Melbournian exhibiting culture, which is so open to emerging artists, to this country, which is rife with censorship and commercialism. In doing so, I hoped to provide opportunities to young Australian artists, enabling them to receive the exposure and acclaim that they deserve.

Another comment from the press release states: “The focus is shifted from producing art with an eye to recouping the artist’s and the gallery’s costs, to making art that is a pure form of expression”. 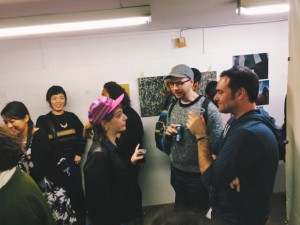 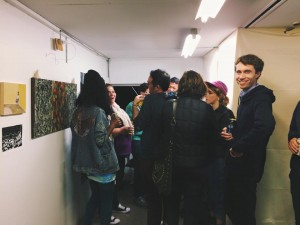 Why is the promotion of art as a ‘pure form of expression’ rather than as a commodity so important?

Objects of beauty that are designed to be bought and sold certainly have their place in our society. They decorate our homes and bodies, and make the spaces in which we live and work more palatable. It is my feeling, however, that those which do not express something are simply crafts or trinkets, not really befitting the name ‘art’. Art seeks to communicate something beyond its appearance. If you accept this premise, then the question is only how effectively and honestly this communication takes place. Unfortunately, these lines of communication are easily tainted by a profit motive, as creators consciously or unconsciously change how they make, curate, and collect based on what will help them to recoup their costs. This is why non-profit galleries are such an important part of the arts scene, in that they provide a place for new, young artists to embolden themselves, and develop an honest aesthetic, without being shackled to commercial interests.

How did so many Australians come to be involved? Are they expats living there?

As a Melbournian myself, my arts practise has been primarily based in Australia over the last 5 years. Through my work I have been in touch with a number of artists, writers and thinkers. Most of these are still based down under. However, Space Space gallery was lucky enough to have several artists make the journey from overseas for the opening, including Melbourne photographer Elle Ross. There are also a couple of Australian expats living in Tokyo who are involved in the show.

Have some come especially for the event?

Besides Ross, American artist Hannah Lee flew from New York for the opening, as did Kaori Kato from Hokkaido. Rachel Brandon and Tom Hay arrived via bullet train from Toyama.

How do you think the public, or the authorities will view the content. Is it likely to shock and ultimately suffer the same fate as what happened with Megumi Igarashi?

Certainly there are elements of the show that are confronting, and thought-provoking, but it is not the intent of Space Space gallery to make works that revolve purely around shock-value. It is too early to say if and how authorities will respond to the work, but the gallery will stand by the show and the artists participating should there be any unrest.