It has been an interest of mine for some time to discuss the creative process and it’s relationship with the subconscious mind, also described by some as the unconscious. Some artists spend much of their career creating works from their subconscious. To me, this refers to the dream like state that could be entered through meditation.American Film director David Lynch spends a good half hour in a day going into a trancendental meditative state. This is why his films are arguably so obscure and unique in their plot and imagery. How much of his dialogue, imagery and even juxtaposition of scenes are consciously created?

Salvador Dali, Magriette and Frida Khalo created images often derived from the unconscious mind, such as dreams, apparitions and emotions. Currently, Australian artists like Del Kathryn Barton explore this domain and even Brisbane based artist Luisa Rossito spent a session under hypnosis.All these states are linked in the way that they are delving into the part of the brain often unexplored or exposed by many.

What is the difference between an artist who consciously plays around with images or the artist that dreams up images in the subconscious? Is this easily determined? What percentage is the conscious mind and how much is the sub conscious?

Now, heres another term that many of you may or not be familar with. David Lynch often talks about consciousness and how expanding this consciousness helps in the creative process. 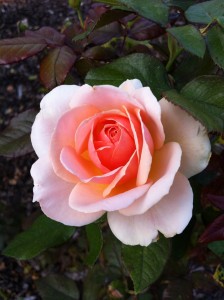