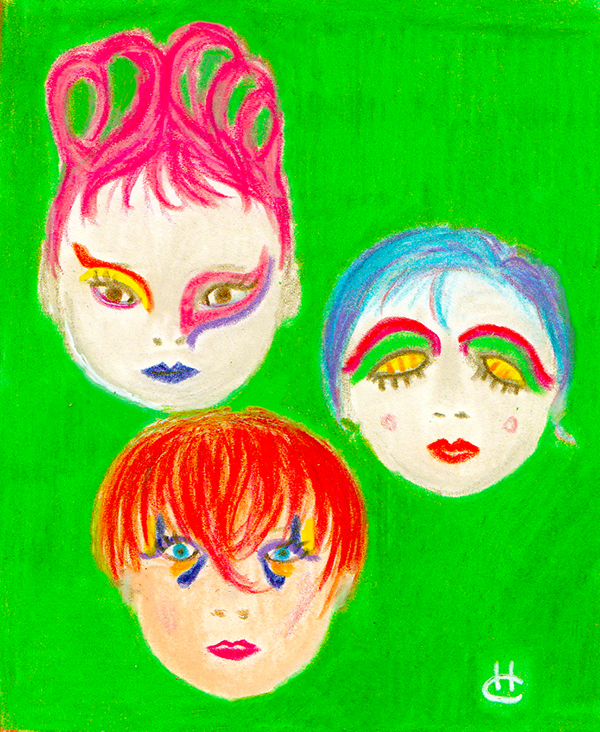 I had so much fun drawing this one! A couple of years ago whilst completing a Postgrad Diploma in Visual Art at VCA-I was researching the wise words of Marshall McLuhan. Ironically, I had also come across him in my undergraduate studies many years earlier. My work involved looking at nostalgia, via clothing -my own actually. You see, I was a teen in the late 80’s early 90’s and missed the punk era. I was on the tail end of the goth era or and there was so much overlapping going on with grunge, hip hop and rave culture at the time too!So my friends and I hung around in doc martens, tights, short skirts and flannies (flannelette shirts)- oh and a hefty amount of black eye liner. We thought we were pretty cool. Anyway, back to Marshall. He said this in his 1977 lecture on ABC TV:

“Nostalgia is the name of the game in every part of our world today…When people have been stripped of their private identities, they develop huge nostalgia. And nostalgia for the jeans and levis of the young today are nostalgia for grandads overalls. His work clothes now become the latest costume”

“Paradoxically, the clown is a person with a grievance. His role in medieval society was to be the voice of grievance. The clowns job was to tell the emperor or royalty exactly whta was wrong with society..”

So you see, he said all this at the peak of the punk era. Essentially he said that young people dressed like clowns. So I’ve overdone these three punk women somewhat. But what old Marshall said-sure does make a lot of sense. 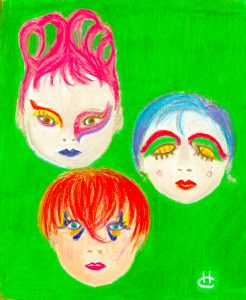