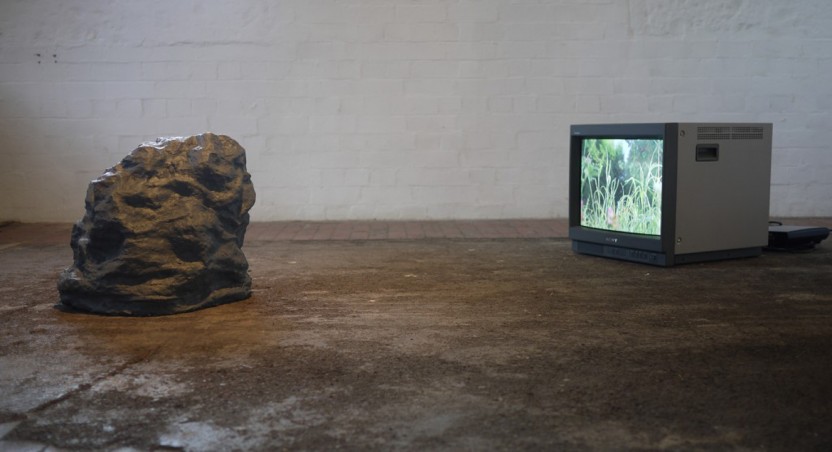 Playful and earthy artist Melissa Deerson has just recently finished a residency at ‘Testing Grounds’ in Melbourne and in the Docklands precinct. In this interview, Melissa reflects on her many projects, her research and her concerns on how society interacts with the natural world.

A large part of your work seems to be about archiving or documenting moments in nature and often within the urban environment. Can you please offer a bit of insight into this process? 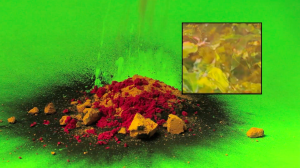 Yes it’s true. I tend to have a ‘boom and bust’ type approach, where I spend a lot of time reading and researching a general topic or set of ideas (say gardening, or plant collecting, or new materialism), and then I’ll make the work itself in a short burst of activity without thinking too much about all that research – I just trust that it’s sunk in and is influencing how I’m approaching the artwork. I’ll make sound recordings, do sketches, take video footage and photos and write like crazy, then see where this leads me. Text is pretty central to my working methods – a lot of the time a whole work will develop out of a couple of sentences or some words or ideas that I’ve jotted down. I find I work well when I have a specific space to respond to (like my recent residencies in the Docklands and at Testing Grounds in the city), where I can really get in there and play with the ambiguities and the interesting things that arise when you look closely at the overlaps between human and non-human spheres of life. 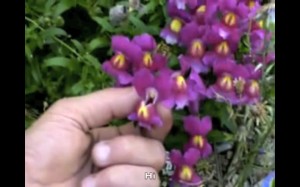 Many of your installations seem to have a humorous edge to it. Is this intentional?

Yes! Slapstick and humour are pretty central to my work – it’s tied in with me being drawn to the absurd, and making work that’s a little side step away from everyday life, which in the end is what humour itself is I’d say. I guess I think of what I’m doing as a kind of ‘serious play’, taking ideas or spaces or things and finding the point where they twist into something less ordinary, where you look at them anew. Humour is one of the most efficient (and, for me, enjoyable) ways of achieving this effect. 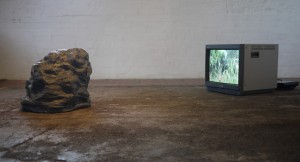 Often your work is conducted through binoculars or giving audiences the creatures or ‘birds eye view’ of the environment. For example in ‘vegetable kingdom’, a film is marketed at the birds! Has this been a challenge and how have audiences received it?

I’ve got a few works, which are marketed at birds and other creatures. I’m drawn to the visual language of advertising in my work as I think it provides a good bridge for looking at how the spheres of commerce, nature and culture overlap – how animals and plants adapt to and function within environments built for humans, how economic concerns can change the form and fabric of ‘natural’ things such as flowers, fruits and vegetables, and so on.

The binoculars function as a nice succinct symbol for the ways we approach the natural world – that sense of intimacy and removal at the same time, and distortion, and also the sense of ownership and collecting but also wonder and having a new world opened up to you, and yes, gaining some kind of perspective from the point of view of the observed. I’m very interested in the idea of living creatures as individual, functioning beings as well as playing a role in their wider community or ecosystem. 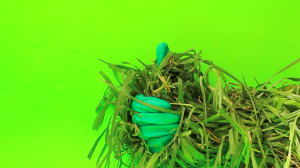 You have a fascination with the environment and sustainability, has this come from past experiences?

I grew up in a suburban area with a creek and huge park directly behind my house, and would spend hours climbing trees, collecting acorns, pretending to fish, making cubby-houses, and bird-watching with my family. I think that did have a big influence on me, in that it made me inherently pretty aware of and responsive to nature or the living-non-human in everyday, urban environments – as something around us all the time, rather than ‘out there’ or something you go to visit. I think once you have a view that this kind of stuff is important or meaningful, it can’t help but start to inform your views about sustainability, how humans and non-humans fit together, and also the ambiguities of categories such as ‘nature’ and ‘the wild’. 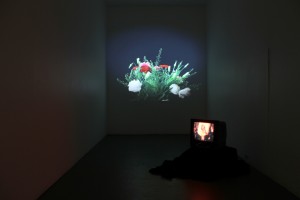 What other artists provide inspiration for your work?

I’m drawn to artists whose work is funny, or poetic, or which engages with and utilises ‘real life’ in some way.

Francis Alys and Stanley Brouwn’s works are fantastic in their mixture of playfulness and formality, and their engagement with the mechanisms and workings of city life. Rivane Neuenschwander’s pieces using ants and parrots are both funny and beautiful, and bring up ideas of how we use or collaborate with non-human subjects in art. George Gessert’s works and writing on plants have been really influential for me – particularly his idea of plant breeding as a kind of ‘genetic folk art’, which stretches back millennia, and the role of commerce and fashion in changing the form of flowers and plants. 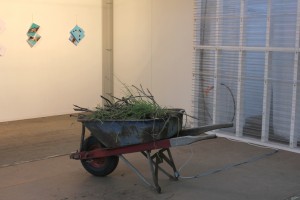 What are your plans for future exhibitions?

I’m showing a work entitled ‘Still Life with Punches’ at First Draft gallery in Sydney at the end of this month, and I’m just about to head off to a bio-art residency in New York city and a research residency at a flower farm in upstate New York for a month or so. I’m contributing a work called ‘Strays’ to B-Tour, a festival revolving around walking and artist-led tours of Berlin in August, and I’m also looking forward to making a collaborative work called ‘The Aggregate Project’ with artist Melanie Upton later in the year.